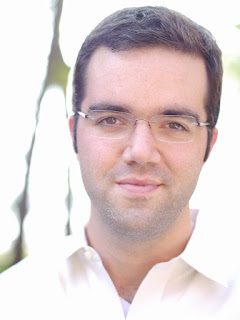 
Stephen Brown-Fried
Home Town: Madison, NJ
Current Town: Brooklyn, NY
Tell me about Orestes:
Orestes is a play about what happens at the end of a seemingly endless cycle of violence — when there have been so many retributions and revenges that people start to lose sight of where it all began.And it’s about how a society attempts to make monsters out of the people who it deems to be the causers of that violence — despite the fact that those people may actually be the victims.Euripides wrote it incredibly late in the 5th Century, BCE — so by the time he wrote it, Athens was falling into the Second Peloponnesian War — a war that would essentially end the Athenian Golden Age.You can feel Euripides’ anger and pessimism throughout the play. It’s a play written by someone who knew his country was falling apart, and was attempting to scream from the stage that something was horribly wrong with the entire society.
Tell me about your process and concept of this show.
Know…
Post a Comment
Read more
More posts