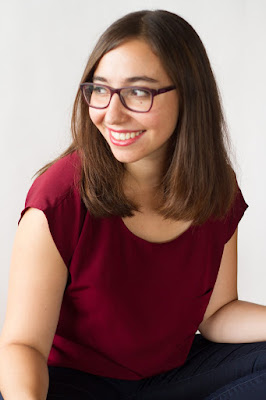 Tell me about Vinegar Tom:

Vinegar Tom is a Caryl Churchill play from the 1970s. It tells the story of a witch trial that takes place in small English village in the 17th century, but in true Churchill fashion, there are also songs, a Vaudeville act, and tons of Brechtian fun. Churchill describes Vinegar Tom as a play about witches “with no witches in it”.

Tell me about your process and concept of this show.

The fun thing about Vinegar Tom is that the piece switches back and forth between two worlds: the world of the 17th century village, which is told through 21 short episodic scenes, and the world of the songs, which is extremely undefined. Churchill stipulates only that these songs should be sung in modern dress and the people singing are not the characters you’ve seen in the scenes. While there is sheet music available to use from the 1976 production, I got permission to have brand new music composed in a Riot Grrrl style so the song world could be a feminist punk show. I was so lucky to get my friend and theatrical co-conspirator Teresa Lotz to set Churchill’s lyrics to new music and I absolutely LOVE how they turned out.

In terms of the process, we dove deep into research from all sides, which is always such an exciting part of the journey for me. A bunch of us took a trip to Salem, MA (so much closer than England!) to learn about the witch trials there. We watched documentaries, such as Witches: A Century of Murder and The Punk Singer, listened to podcasts, read books, and came to the rehearsal process with a huge wealth of knowledge that I think really informed the production.

What else are you currently busy with?

I’m in the early stages of two projects with my buddy and collaborator Korde Tuttle.  One is a short film, currently titled “pizza pity party”, about a group of friends kneading out their post-election woes at a pizza-making party. The other is a production of his play graveyard shift going up in April 2017. graveyard shift is a love story inspired by the life and death of Sandra Bland.

Tell me, if you will, a story from your childhood that explains who you are as a Director and/or as a person.

Apparently when I was four, I saw a production of The Belle of Amherst. If you’re not familiar with the play, just know that it is a one-woman show about Emily Dickinson, and therefore not meant for children in any way. We ran out of time to eat dinner before the show began, the theatre had no air conditioning, and though that seemed like a recipe for a parent’s worst nightmare, I watched the whole show completely transfixed in 90 degree heat without a problem. I couldn’t even do that today, so I think the only explanation is that I was newly mesmerized by the wonders of theatre. As a funny twist of fate, I ended up crossing paths with that actress again a few years ago when I directed her in a ten-minute play! The theatre world is so small.

If you could change one thing about theater, what would it be?

I hate how financially inaccessible theatre is— both to attend and to pursue as a maker. I feel strongly that if we’re doing it right, theatre should be for, by, and about people of all walks of life and all different experiences. That’s the richest version of this art form I can imagine but we are not there yet. Ticket prices are prohibitive to so many, not to mention the divide between artists who struggle to make ends meet and those who can comfortably self produce or work for free. I think we would see a much more exciting theatrical landscape if economic barriers disappeared.

Who are or were your theatrical Heroes?

Sarah Kane is always at the top of my list, her plays really changed my life as an artist and I go back to them whenever I need to be reminded of why I do this crazy thing.

Director-wise, I cannot say enough great things about Leigh Silverman. Long before I assisted her, I knew she was an absolute rockstar, but now I’m just as inspired by her process as I am by her work.

What kind of theater excites you?

I’m excited by plays that make you ask “Can you do that on stage?” or “Can you say that on stage?” because I’m all about pushing theatrical and social boundaries in my work. I want to be surprised and challenged in the theatre, and that can take so many different forms— inventive staging, fearless truth-telling, plot twists, subverting theatrical expectations, taboo subject matter, the list goes on. I’m especially jazzed about work that dismantles traditional power structures, I think we need that now more than ever.

What advice do you have for Directors just starting out?

Take risks. Do that project that terrifies you. It’s probably the only thing worth doing.

Thanks for including me in this great project, Lili! I’m looking forward to reading your future interviews.